Rains have been unrelenting even in October and this year the rainfall has broken all records. Another reason to depend on pure rainwater for a major part of the year.
Top 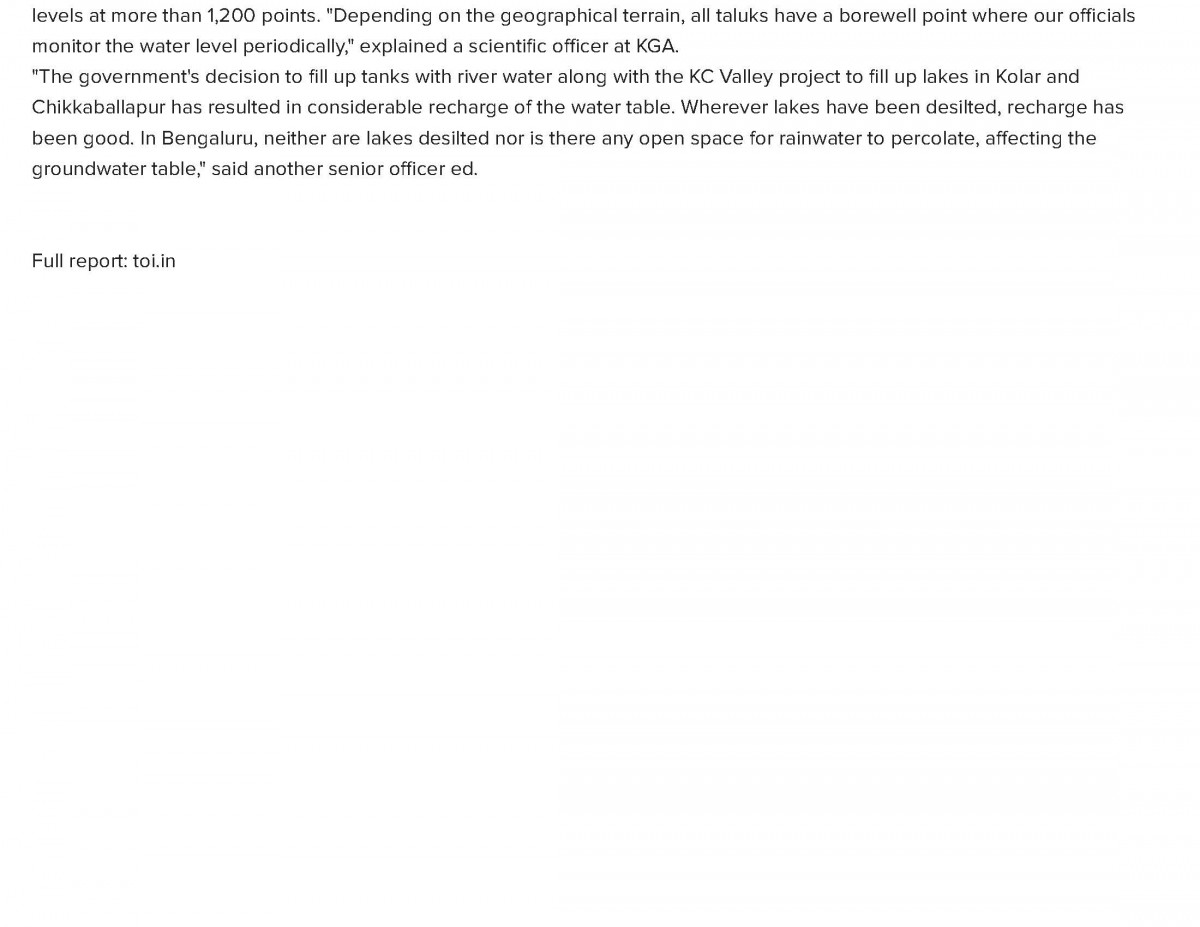 Now-a-days the term carbon foot print is heard very often when it comes to global warming. Every firm is supposed to strive towards neutralizing its carbon foot print or to leave a negative carbon footprint as its contribution towards environmental awareness.

What is Water Positive? We all, individuals and companies, consume water. Water basically comes by tapping from existing reserves like rivers and lakes, besides groundwater.

Water is generated from rains and by recycling waste water. If anyone is able to generate more water than they use from the available water reserves, then it is said to be WATER POSITIVE.

In my case, I am not tapping any water from the existing global water reserves. I am generating all my requirements from rain and excess rainwater is also used towards groundwater recharge. Besides, I am also reusing the grey water that I generate.

Hence I am WATER POSITIVE. How about you?
Top

This thread was originally started for informing the benefits & fabrication of the Do-it-Yourself High Efficiency Effective Rainwater Harvesting Filters. In due course, a number of aspects which enable collection, storage and use of pure rainwater of a high quality were added.

Thus, an integrated rainwater management system has been developed. I felt it might appropriately be called the RRWHASIMS - Rooftop Rainwater Harvesting & Storage Integrated Management System.

Over the next few write-ups, would make an effort to present in a sequence the various aspects of the system so that it might become easier to make a reference.
Top

Hi SAMPATH S
Its a great initiative taken by you to educate the members about DIY rainwater filter and storage management.
Very interesting topic "Rooftop Rainwater Harvesting & Storage Integrated Management System" you named . Looking forward for it and i am sure it will be easier to make a reference.

Thanks for showing interest in my work and your encouraging words.

In my opinion, harvesting rooftop rainwater of a high purity can be achieved by integrating various stages involved and paying adequate attention to each stage. Even though my original idea was about the implementation of the Effective RWH Filter, various other stages have also been covered from time to time. An effort will now be made to present these aspects at one place which would serve as a quick reference.

The entire presentation would be based on my observations and improvements effected by me over the last eight years. Improvement is a continuing process and changes may be considered / implemented from time to time. Readers are requested to exercise their discretion in adopting these aspects according to their site conditions and decide what would be better for them.

Following would be the broad classification of the different stages:

Would be glad to receive feedback from members from time to time.
Top

Rain is the primary source of all water. It is also the purest form of water found in nature.

As it rains, the rainwater passes through the atmosphere, and then falls on the surface of the land, which includes the rooftop of the building (our catchment area). Impurities if any, present on the roof gets mixed with the rainwater and flows down through the downpipe.

The initial rainwater flowing from the roof carries the impurities in the air as well as on the rooftop. This initial water is allowed to flow out along with the impurities (called initial flush or first flush). Once these impurities are washed out, the subsequent rainwater would be fairly pure. This rainwater is further passed through the filter to remove residual impurities, if any, and then collected in the underground storage sump/s.

The rooftop area is generally large and keeping it clean is not easy. I use an electrical powered blower to blow out the dust and impurities to a corner and remove them. This need not be a daily chore, but done as and when felt necessary.

If care is taken to maintain the rooftop relatively clean, then the amount of initial impure water that is allowed to flow out would reduce greatly, thus improving the quantity of good rainwater collected.

Roof is also a place where in addition to dust and leaves falling from trees, several live and dead insects are also present. This is possible despite periodic cleaning of roof. It is necessary to use a good RWH filter to filter out such impurities and remove them on a day to day basis when it rains.

Roof is also the place where birds visit. Birds being warm blooded animals, their excreta (dropping) would contain bacteria in general and E-Coli bacteria in particular. E-coli bacteria can cause gastro-enteritis diseases. Even though the stored water can be chlorinated to neutralize these bacteria, besides using a water purifier for drinking and cooking purposes, it is better to prevent, if not eliminate altogether, the bird droppings.

To avoid/reduce the incidence of bird droppings, it is necessary to keep the birds at bay. Birds, like other animals, form a habit to visit the same place again and again. Most of the birds perch on the edges of parapet walls and such other places on the rooftop. I have used bird spikes (pictured below) along the periphery of vantage points on rooftop, which has almost eliminated birds perching at these places. Please note that it takes time to break the habit of birds and this requires patience and continuous observation. 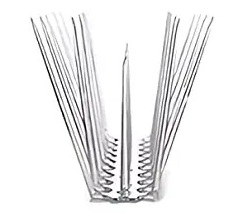 
However, there are other birds which are not that selective and may sit even on the terrace floor. Since it is not possible to fix the bird spikes in walking spaces, alternatives need to be considered.

One such alternative is electronic bird scares. Some of them are solar powered (with battery backup), but these are reported to have issues with solar charging. Hence I have used power operated ones, which connect to power outlet using adapters. Sometimes the length of the adapter wires may not be sufficient from the power outlet and the place where the instruments are placed. Hence you may need extension wires. These work on the principle of ultrosonic sound, which are not audible to human ears, but it is said that it can be heard by birds. Additionally, these instruments also have sonic sound, which can be varied so as not to cause annoyance to humans, especially during nights. Some of the models also have flash lights which work in the dark (night) to scare the birds. If you feel such flashing may cause disturbance to anyone, including neighbours, you may choose the ones without flash. Depending on the area of the roof and obstructions, you may have to deploy one or more such devices. Effectiveness of these devices is also not always assured. Hopefully over a period of time it will work. I have three such devices for my terrace placed at vantage points and in my opinion these have helped avoid birds, except in rare cases. This, together with bird spikes as above may effectively reduce the bird droppings.

A picture of an ultrasonic bird scare with strobe light: 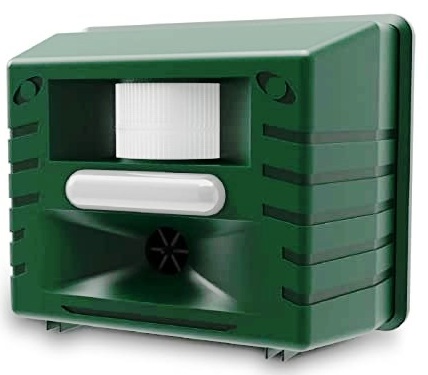 22nd March every year is observed as World Water Day.

The theme for this year’s World Water Day is “ACCELERATING CHANGE TO SOLVE THE WATER AND SANITATION CRISIS”. Be the change you want to see in the world. You can make a difference by changing the way you use, consume and manage water in your lives.

Water touches the life of each and every human being !
Top
Post Reply
149 posts

Return to “Solar and wind power”